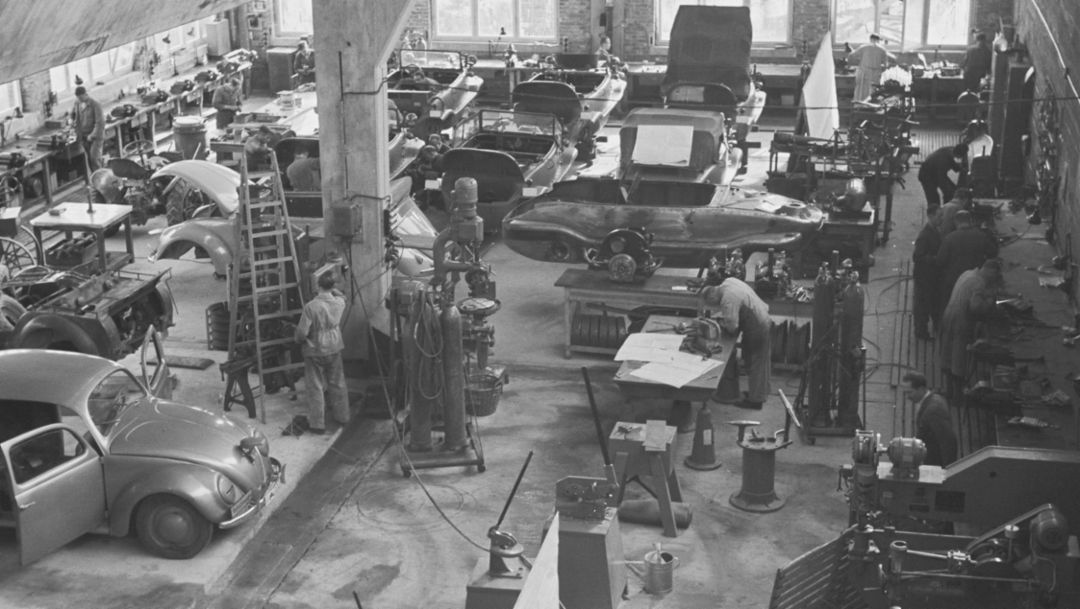 25 April 1931, Stuttgart, Germany, Porsche and 2 partners Adolf Rosenberger and Anton Piëch found Dr. Ing. h. c. F. Porsche GmbH or Porsche AG for short. At the start they offered only motor vehicle development work and consulting. The new company was put onto the course of greatness, when they were commissioned by Adolf Hitler and the Kracht durch Freude or Strength through joy organisation, to create the Volkswagen. At the time this car was called the KdF-Wagen, but now very well known as the Volkswagen Beetle. This project was set up to be an affordable vehicle for the people, hence the word ‘Volkswagen’ which literally translates to the People’s Car. This automotive advancement would later prove to be detrimental to the early stages of Porsche’s motor company, and would be used as the base for many of his early creations. The type 64, developed in 1939, would use many of the same components as they were so effective, as did the Porsche 356 later in 1948.