Home > A Brief History > Porsche Then… 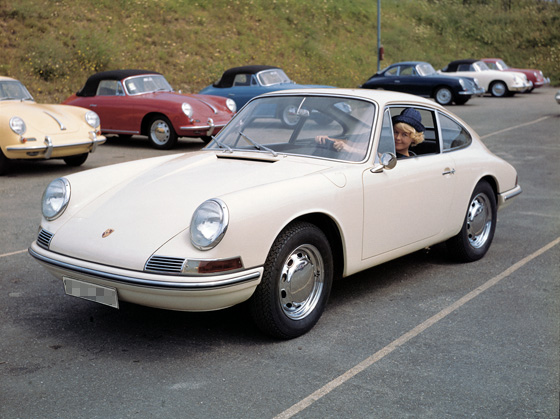 When you think “Porsche” today, the model you’ll likely vision is the 911. The journey of this world-changing sports car, began in 1963. Ferry Porsche had seen that the 356, as successful as it was, would need an update. The redesigning of this car, is what in fact led to the 911, and you can see the similarities between the 2 cars. The core design elements have stayed in the DNA of the 911 from its original design in 1963, to it’s latest design today.

The initial sketches were made by Butzi also known as Ferdinand Alexander Porsche, the third generation of the Porsche family, working on these magnificent vehicles. The 911 was constructed to supersede the 356 in power, size and comfort. The vehicle made it’s first public appearance in the 1963 Frankfurt Motor show.

The 911 had originally been dubbed the 901 and a total of 82 cars were finished before Peugeot protested against the vehicles name. After all, in France, they had exclusive rights to car names that were made up with 3 numbers and a ‘0’ in the middle. Instead of renaming the vehicle just for France, Porsche decided to rebrand the name entirely to ‘911’.

The 911 paved the road for Porsche to grow into the company they are today and it is still their best selling vehicle. In 1996, the Porsche Boxster puts the ‘all-time favourite’ in the shadows and becomes the most popular Porsche. After a ten year reign of being in the number one spot, the Boxster sales slow down due to the massive success of the 911 996 model. The Cayenne and 911 have alternated as the top-selling models ever since. In Germany, the 911 is so popular that it outsells the Boxster, Cayman and Cayenne combined.