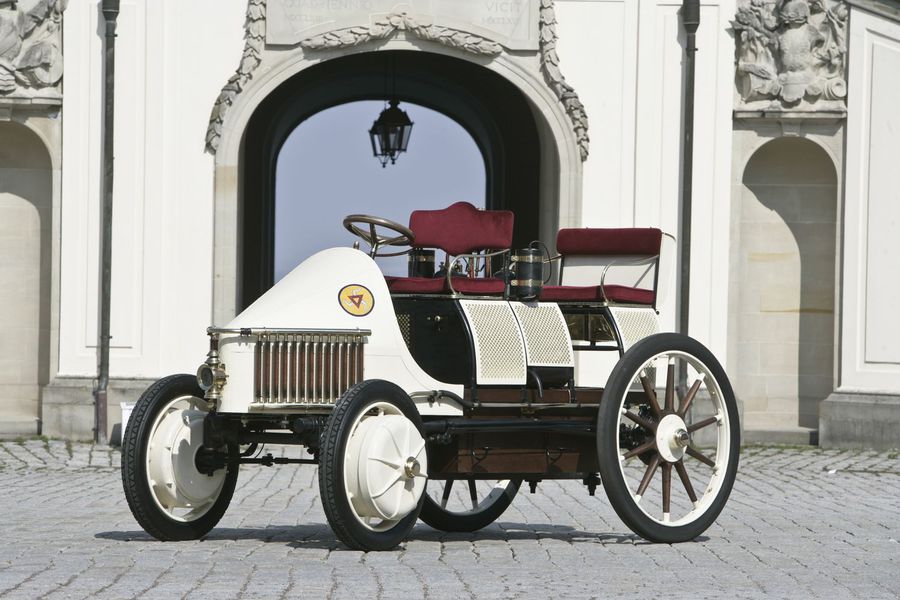 To follow the success of the Egger-Lohner Phaeton C2, Lohner collaborated with Porsche to create the Lohner-Porsche Semper Vivus. This was another world-first, as Ferdinand combined 2 combustion engines to his electrical wheel-hub motors. The combustion engines each powered an electric generator, which in turn supplied both wheel-hub motors, and accumulators, with energy. The main reason for this innovation was to support both speed, and range, to be superior to the standard automotive engine. Semper Vivus was the name given to Ferdinand’s latest brilliant creation, which in Latin translates to “Always Alive”.

Once it became produced, the official name became the “Egger-Porsche Mixte”. The Mixte gained the public’s eye at the World Exhibition in Paris, where people became fascinated at the electric wheel-hub motor design. The ingenious designed vehicle gained its attention due to being the first car that did not require a driveshaft or transmission. Porsche filled approx 300 Mixte orders, until the patent was sold to Emil Jellinek, who was coincidentally one of the first customers to purchase one.

The asking price for the Mixte was roughly 35,000 Austrian krones, which made it a very expensive vehicle. Due to the price, it was only available to the rich and famous. Only 4 years later, Henry Ford created the world-first assembly line for combustion engines. This made motoring far more affordable, without substituting speed or quality. As a result, Porsche dropped the venture into Hybrid’s for over 100 years, where it made a return in 2010 on the Porsche Cayenne S Hybrid.