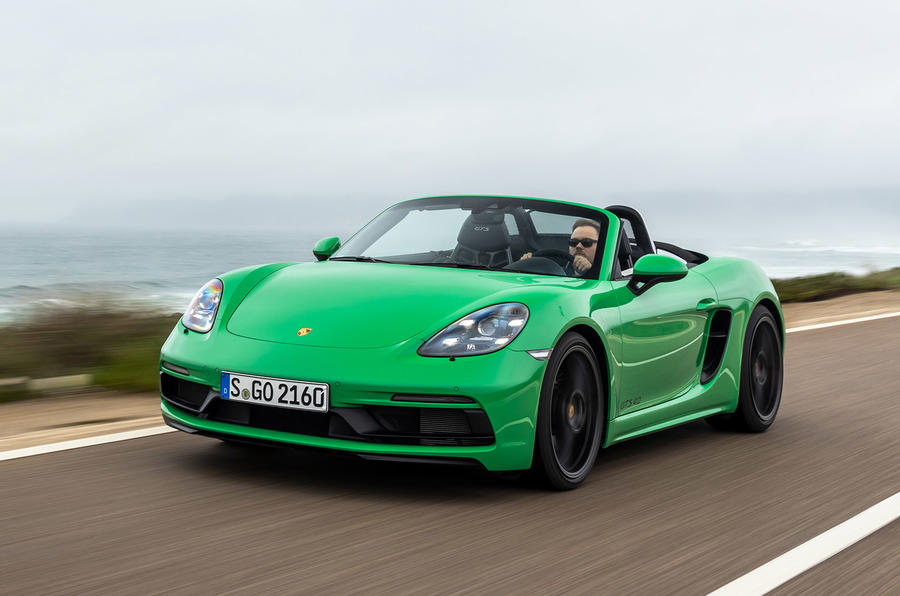 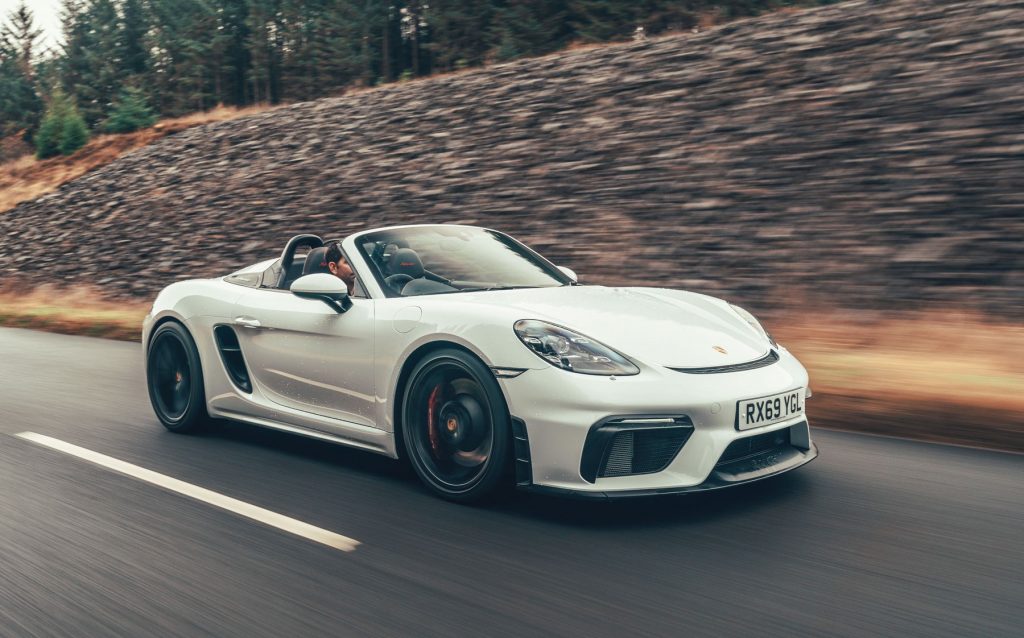 Overview As per the previous generation, Porsche released the 718 Boxster Spyder. This is the most powerful and aggressive Boxster in the line-up. Firstly, the design changes over a standard Boxster is the most stand-out part of the Spyder. It gains the classic Spyder styling that Porsche has always had..Read More 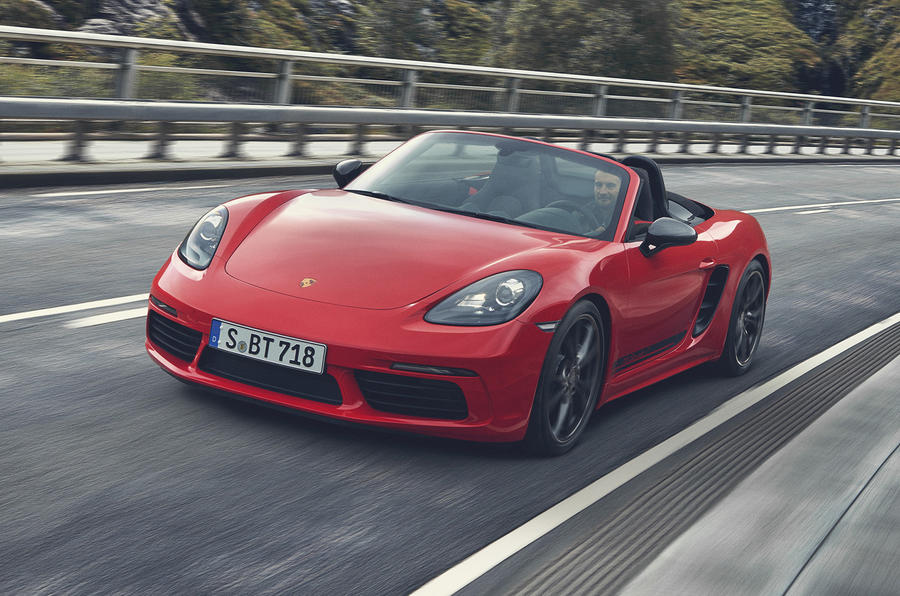 Overview Just like they did with the 911, Porsche offered the addition of the Boxster “T”. This model is a reduction down to the “bare essentials”, with removal of Porsche Communication Management (PCM), and is instead replaced out with Sports Seats Plus, 20-inch Carrera S wheels, door pull loops, and..Read More 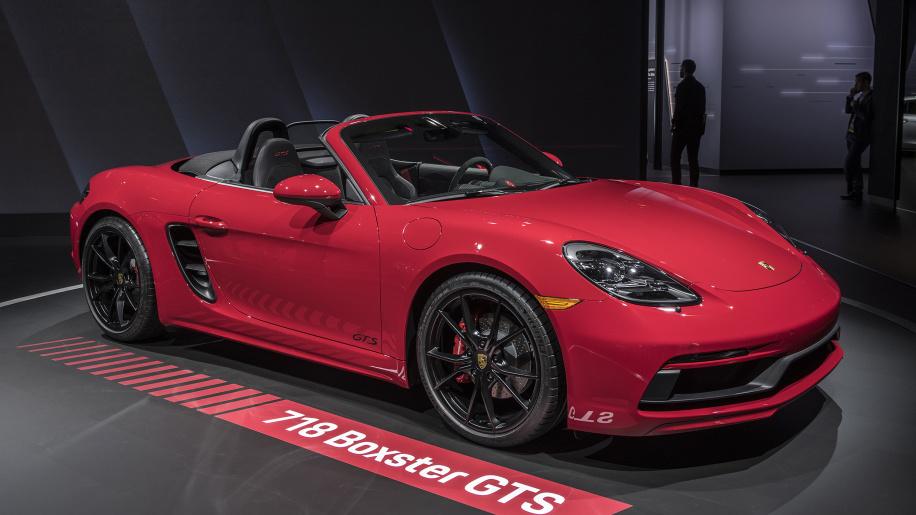 Overview The Boxster GTS came 2 years after the launch of the 718 Boxster, offering further power and performance over the Boxster S. The upgrade brings in 365hp, and noticeable design differences, making this one of the most aggressive looking Boxsters yet. Large air intakes increases the power, but also..Read More

Overview On launch, the 2.0 Boxster was accompanied by the more powerful 2.5 Boxster S. This increased the performance from 300hp with 380Nm torque, up to 350hp with 420Nm torque. There are some nice visuals that make the S stand-out more, such as the increase from 18-inch to 19-inch alloys..Read More 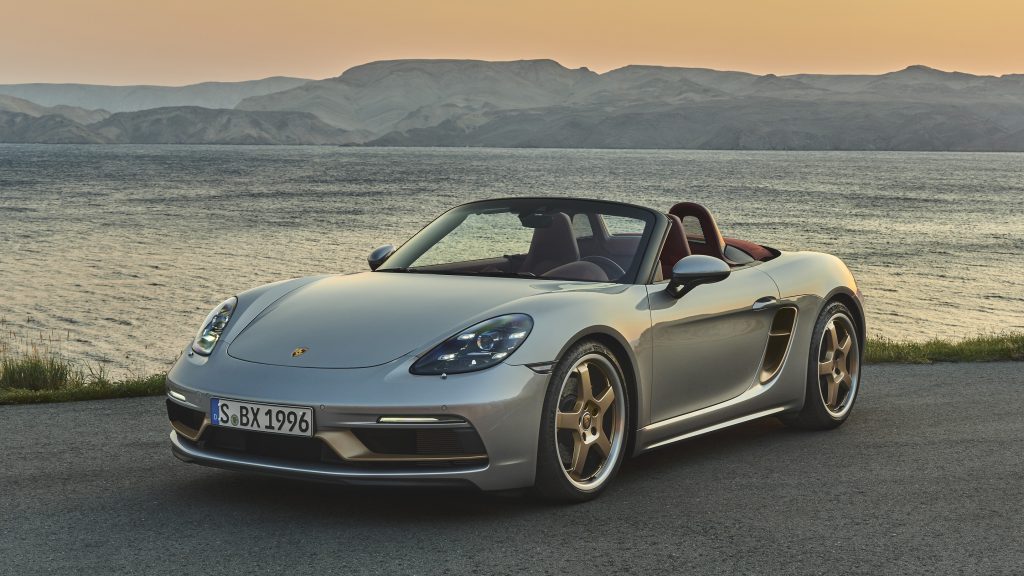 Overview The fourth generation of Boxster has been remarketed to be named “Porsche 718”, which is a nod to their racing heritage, with the 718 that won the Targa Florio in 1960. As with all model year changes, there comes a number of differences. The modern-overhaul has brought a big..Read More 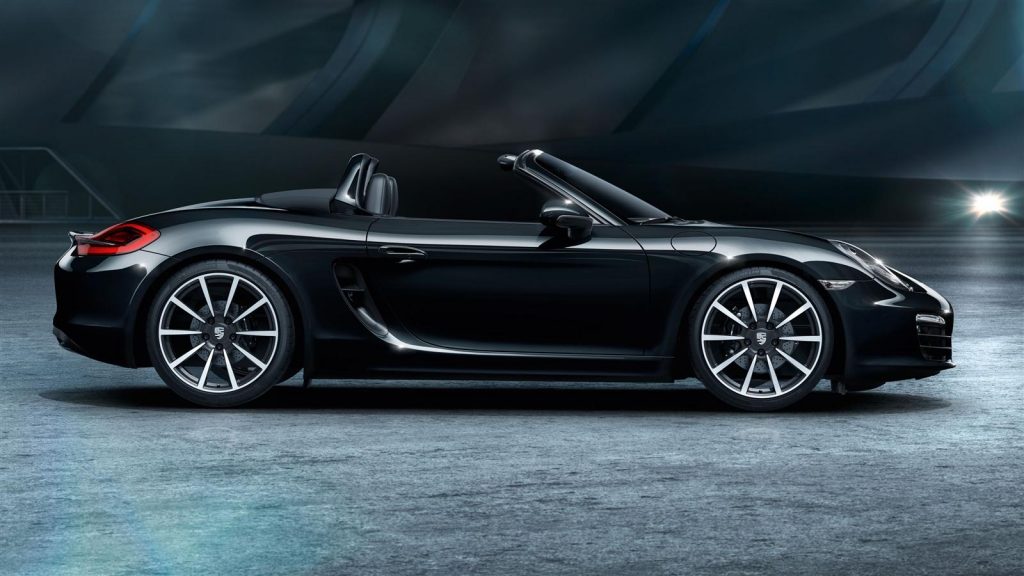 Overview To end the model year, Porsche has done a few different “special” Boxster’s, including the GTS and the Spyder model. Typically, these are more powerful, more expensive and more driver focused. The Black Edition came right at the end in of the 981 in 2016 to offer a Boxster..Read More 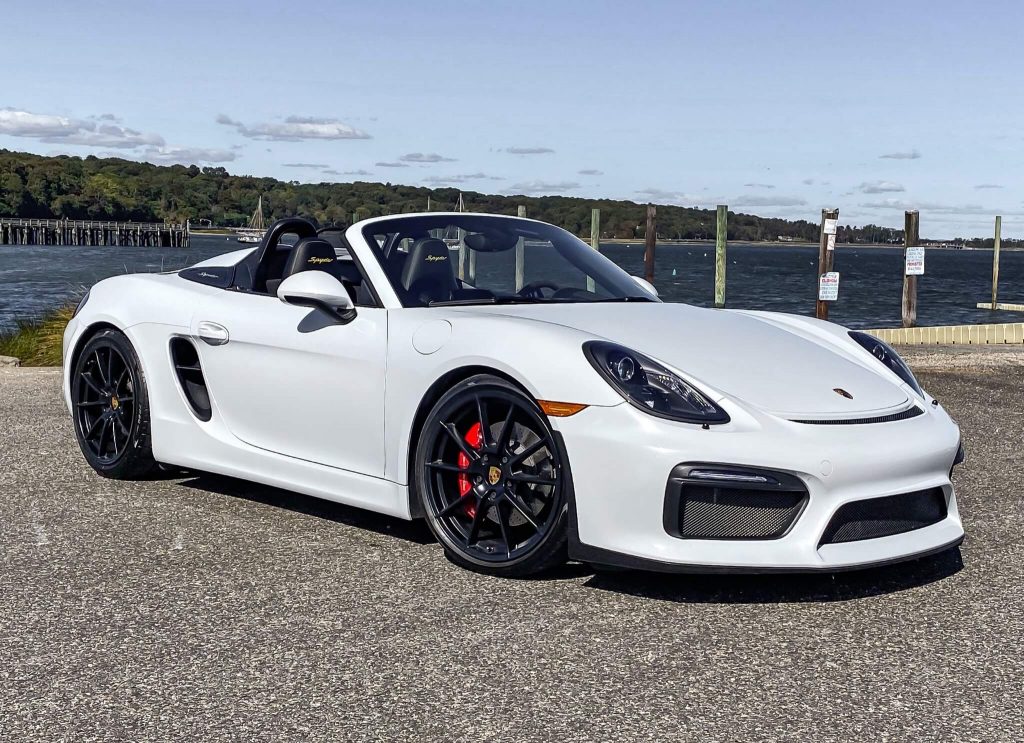 Overview The most powerful Boxster to come out of Stuttgart so far, was this Porsche Boxster Spyder. The Spyder is a very special version of the Boxster, with the twin hump rear deck and a classic manually opened canvas top. This has the same front and rear fascia from the..Read More 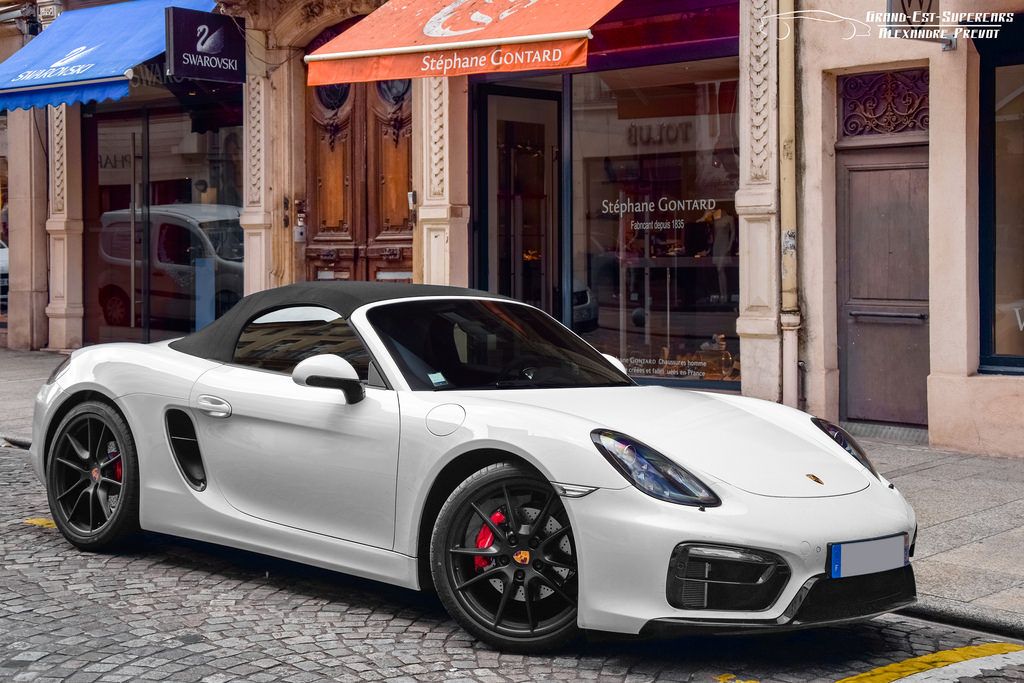 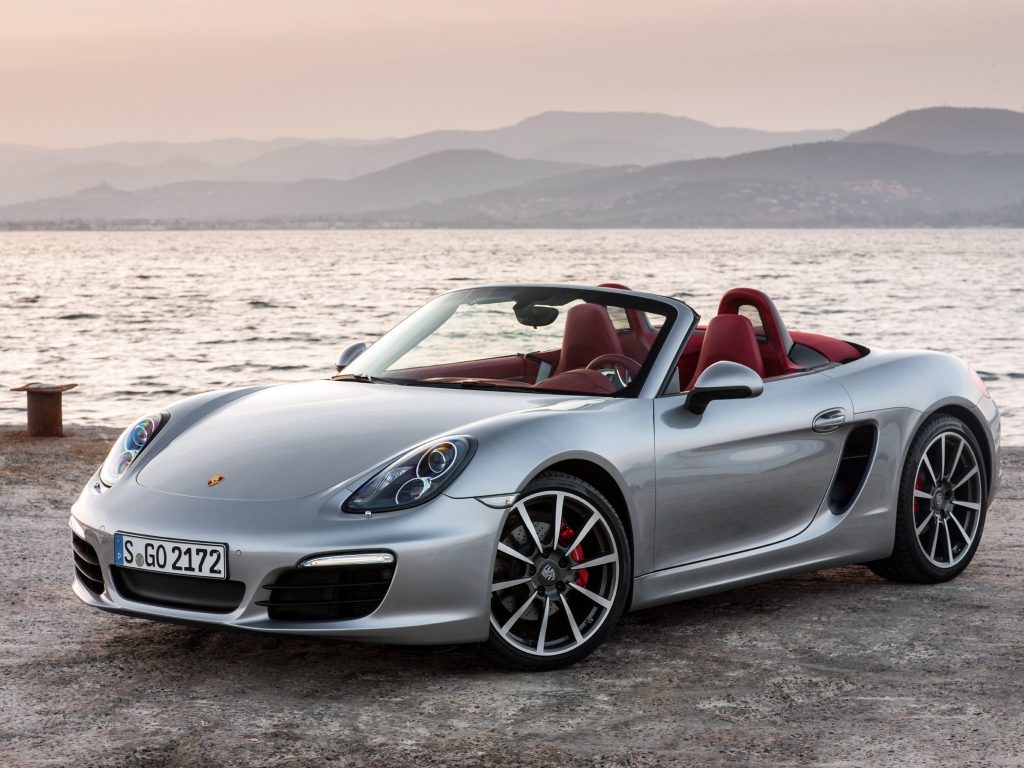 Overview This gen Boxster S is a 3.4-litre flat six, naturally aspirated producing 315hp, with 266lb-ft torque, and is available in both PDK and 6-speed manual. The mid-engined sports convertible is a great fun drivers car, that has agile handling and strong grip on the road. It has a 0-62mph..Read More