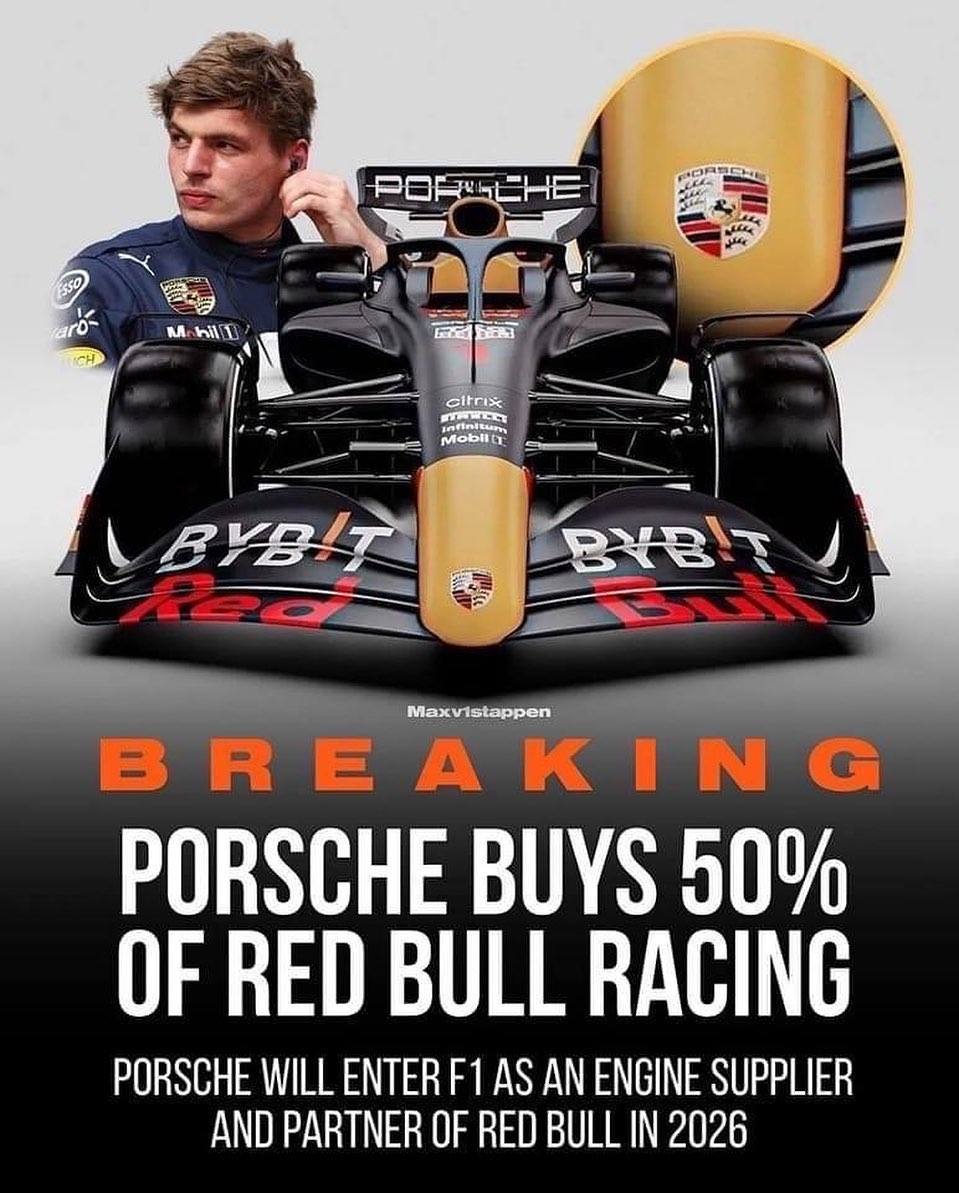 Thanks to anti-trust filing, we’ve been able to sneak a peak at this deal!

We’re waiting for an official announcement, which should be coming soon – word on the web is that it will come just after the Hungarian GP. However, several leaked documents have shown they’ve been cleared to enter F1 in 2026 with the new engine cycle.

These documents also confirm that the joint venture will include the development and manufacture a new power unit for Red Bull Technology as well as bringing Porsche engines back into motorsports.

Historically Porsche has raced as a manufacturer in 8 F1 seasons, with one victory, one pole and five podiums. With Red Bull being one of the most dominant modern forces in F1, we’re excited to see what technological development and success awaits.

Head to the forums here for more discussion!