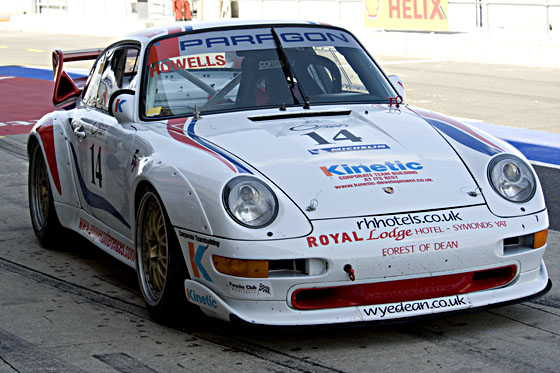 The lightweight RS concept that began with the Carrera 2.7 RS of 1973 and was resurrected with the 964-model continued with the 993-model 911.

As ever, the key to weight saving was the deletion of unessential items. Electric windows, seats and mirrors went out, as did headlamp washers, central locking, airbags, sound insulation, multiple speakers and even the intermittent wiper control. In came lightweight Recaro seats, an aluminium bonnets and thinner side and rear glass. The resulting weight saving was some 100kg over the equivalent Carrera. Like the 964-model RS, the bodyshell was seam-welded for strength and rigidity, while the wheelarch edges were rolled to clear larger tyres.

The engine, meanwhile, was something very special. As with the previous 3.8RS, capacity was increased to 3746cc by increasing the cylinder bores from 100mm to 102mm. Together with larger valves, a Varioram intake system (which would go onto be a feature of the standard Carrera engine) and remapped ECU, this brought maximum power to 300bhp with 355Nm of torque. Increases that were immediately obvious, especially in the lightweight bodyshell. The power was fed to the rear wheels only via a six-speed manual gearbox with revised ratios.

The suspension was suitably revised to cope with the extra power and to give even better handling, albeit at the expense of ride comfort. The car was lowered by 30mm at the front and no less than 40mm at the rear. Springs and dampers were stiffened, while adjustable antiroll bars and a front strut-brace were fitted. Despite the updated springs and dampers ride quality, while undoubtedly firm, remained better than that of the previous RS, helped in no small part by the new multilink rear suspension.

The RS was instantly recognisable from the outside by a body-coloured fixed whaletail rear spoiler, and a distinctive splitter spoiler at the front that swept around to meet the wheelarches. The wheels themselves were huge 18-inch three-piece alloys; 8-inches wide at the front and 10-inches behind. Tyres were 225/40ZR18 and 265/35ZR18 respectively.

The 993-model Carrera RS is a rare machine, and very sought after on account of its engine, lightweight bodyshell and not least looks.

Club Sport (RSR) Designed for track use, the Club Sport (or RSR in some markets) was an even more extreme machine with stripped out interior, race harnesses and rollcage. It featured a deeper front spoiler and large