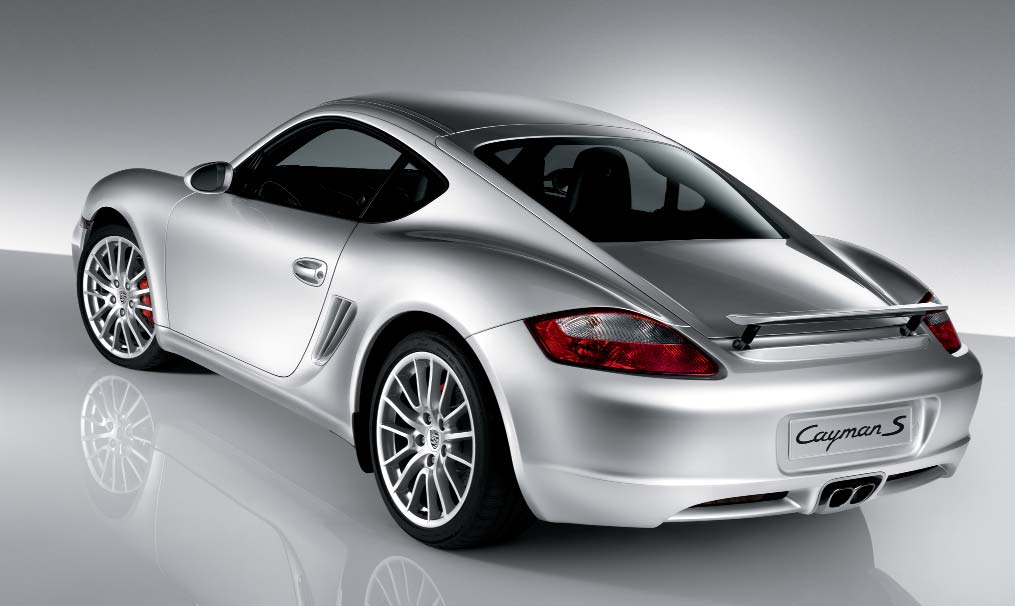 To understand the history of the Porsche Cayman, it is important to look first at the Porsche Boxster. The Cayman is the Boxster, but with a roof and more agile. The 987 was the first Cayman variant to be released and was launched alongside the more powerful S model. The stiffer bodyshell meant that Porsche could endow the coupe with stiffer suspension settings to make the Cayman a better-handling car to the Boxster. The S was powered by a mid-mounted 3.4-litre, flat-six boxer engine derived from the 3.2 litre powerplant with cylinder heads from the 997 S’s 3.8-litre engine,with VarioCam Plus inlet valve timing and lift system. Note, though, that this engine was also fitted to the Boxster S from 2007. The power was fed through a six-speed manual Getrag 466 gearbox, while a five-speed Tiptronic transmission was optional. Other options included PASM (Porsche Active Suspension Management), PCCB (Porsche Ceramic Composite Brakes) and a Sports Chrono Package. Much of the Cayman’s interior was shared with that of the Boxster and, like the open car, it was strictly a two-seater. However, the large opening rear hatch made the Cayman a surprisingly practical car.