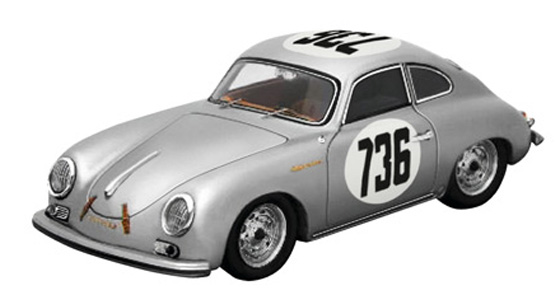 This is a very rare car; it is believed that just 40 were produced for Porsche by the Reutter coachworks company. The main body was made from steel but was then fitted with lightweight aluminium doors, boot and engine lids, and seat frames. Also to save weight, the front and rear overriders were omitted and the side and rear windows were plastic, while extra louvres stamped into the engine cover further distinguished it from other 356Bs.

The engine was uprated with double overhead camshafts and twin Weber carburettors to give an output of 115bhp, although this was pushed as high as 145bhp on some examples.

Raised front bumper and headlamps and vents under front bumper, as per other 356B models. No front horn grilles. Extra louvres on each side of the engine grille.

The Carrera GT name was later used for a high-performance 924 then a mid-engined Porsche supercar.