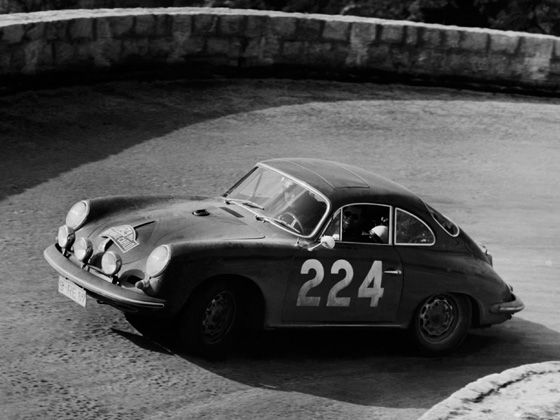 The successor to the 1600 GS Carrera GT was produced for homologation into the GT racing class. It fitted with a new 2.0-litre overhead camshaft engine that developed 130bhp. The body and interior was based on that of the lesser 356B cars.

All but the first Carrera 2s were fitted with disc brakes, a new departure for Porsche after the then-conventional drums. Around 310 examples were produced.

Body style as per other 356B, with raised front bumper and headlamps. Vents under front bumper. No horn vents. Convex chrome hubcaps with Porsche badge in centre.

The 356B 2000 GS Carrera 2 was offered in Coupe, Cabriolet, and Hardtop/Cabriolet (Cabriolet with a removable hardtop) forms.

Much later, the Carrera 2 badge was used to distinguish the two-wheel drive 964-model 911 from the all-wheel drive Carrera 4.