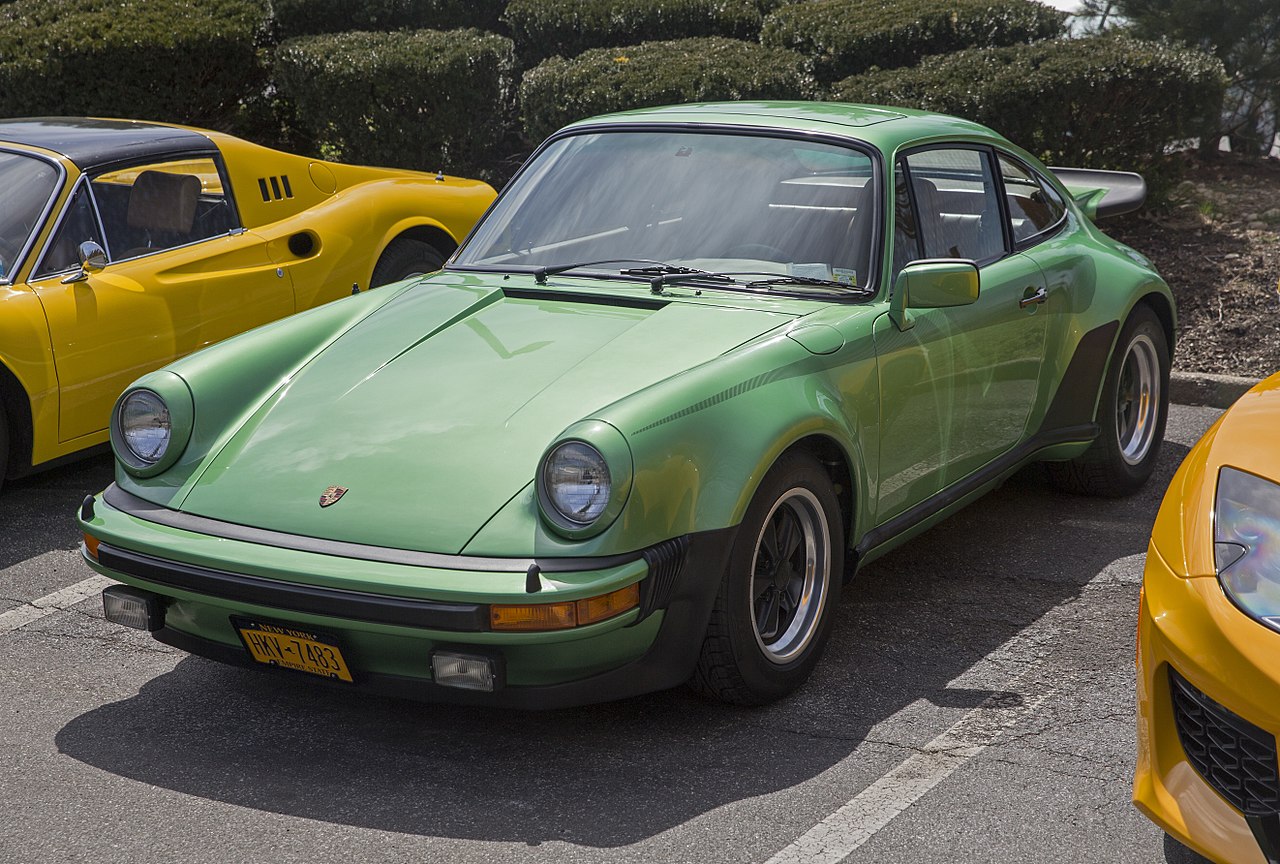 The first of the 911 Turbo’s was known as the “930” to separate it from a standard 911. Porsche was experimenting at the time with putting Turbo chargers into their competition vehicles, and decided to develop a Turbocharged 911. The result, was a very special Porsche indeed, in fact, it was the fastest production vehicle available in Germany of the 70’s. Up until this point, Porsche was never known for it’s raw power, instead it was popular for the handling and driving characteristics, but the Turbo certainly changed that. Adding to the appeal, the 930 was the first to fashion the “Whale Tail” spoiler, which helped to keep the large rear tyres planted at speed.

The top speed of this amazing car was over 155mph and it had been recorded to do 0-60mph in 4.9 seconds. With speed like this, and the technology in cars at the time, the Turbo gained a reputation for being “unforgiving” when in the hands of a less experience sports car driver. As a result of the huge success of this car, turbocharged 911’s were here to stay.

Early U.S. models were badged “Turbo Carrera” and then was later the vehicle was simply badged as “Turbo”.