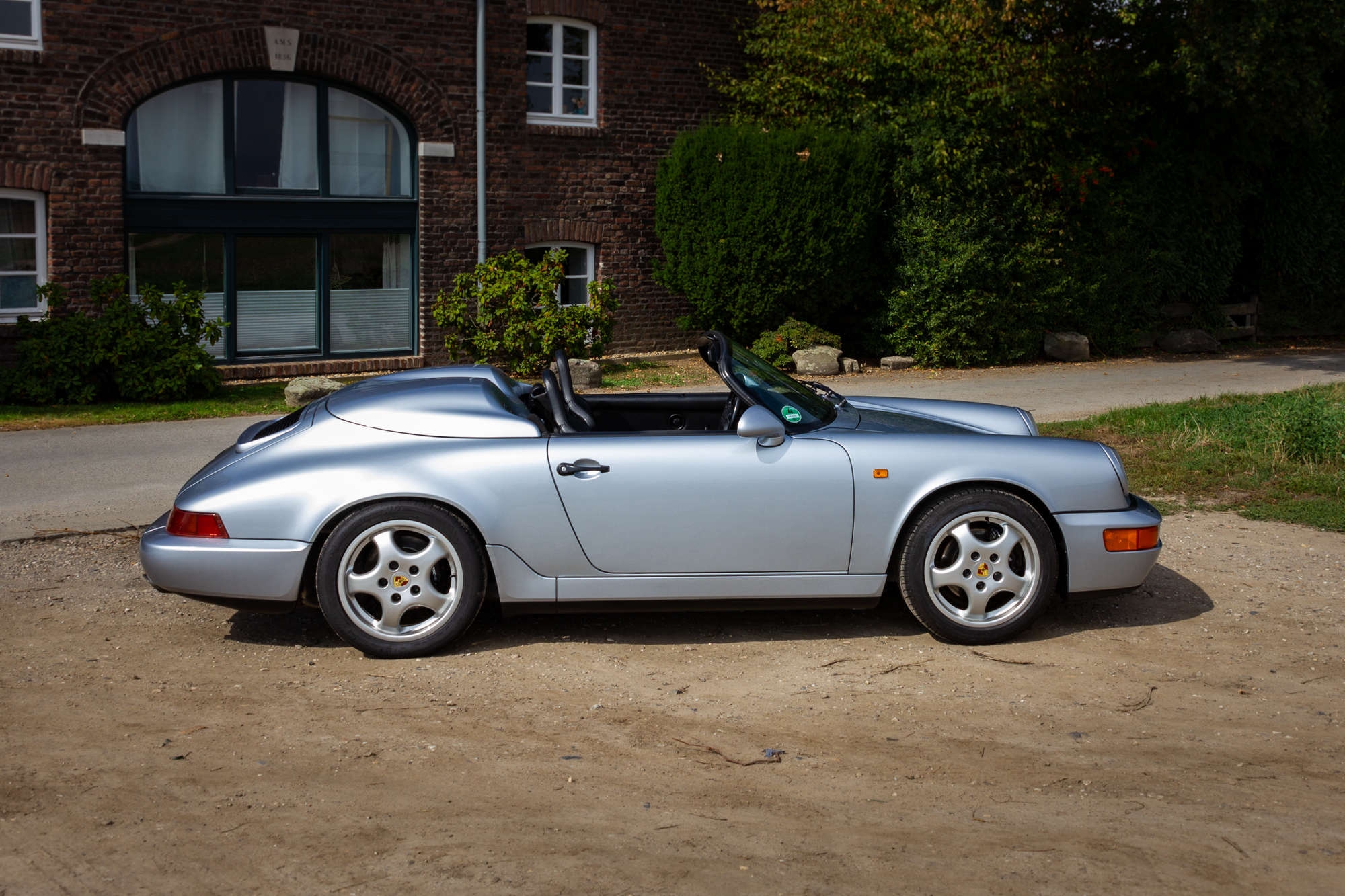 After the success of the 911 Speedster of 1989, Porsche returned to the concept in the last year of 964 production. The Carrera 2 Speedster was based on the standard Carrera 2 Cabriolet bodyshell, but featured a chopped down aluminium windscreen and manually operated hood, which were basically the same as those on the 1989 car.

Unlike, the earlier version, though, the majority of these Speedsters were narrow-bodied, with only a dozen or so featuring the wide Turbo wings.

Also from the 1989 car, were the distinctive twin-humped hood cover, which was body coloured, and the low, frameless side windows. Inside, the Speedster had RS-style seats and door panels, while the rear seats were omitted to make room for the hood cover. Mirrors and windows were manually operated.

Many Speedsters were finished in bright colours, such as yellow or red, and the interior was treated to colour-coded seat backs, gearlever gaitor, door pulls and instrument panel

Porsche is thought to have planned to build some 3000 Speedsters. In the end, though, the final production number is believed to be just 936. As with the 1989 version, the Speedster hood was not designed to be 100 percent weatherproof, so while it makes a distinctive weekend and show car, it’s not practical everyday transport.