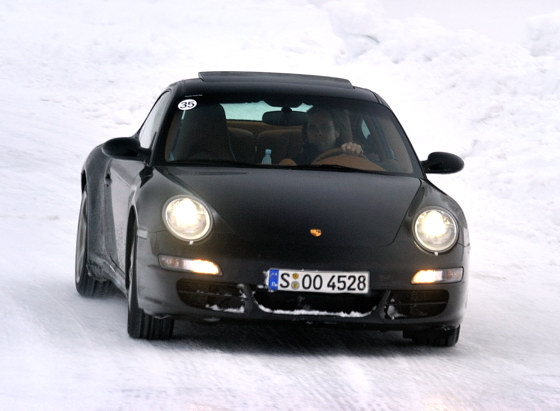 The Carrera 4 concept first appeared in 1989 and was a constant part of the 911 family, so it was no surprise that the 997-model Carrera was soon joined by a four-wheel-drive variant in October 2005.
The new Carrera 4 used the same 325bhp 3.6-litre engine as the standard Carrera, but this time driving all four wheels via a multi-disk viscous coupling. This transferred between five and 40 percent of the traction to the front wheels, thus giving balanced handling and improved traction on slippery surfaces. Porsche Carrera 4 (997)

However, the 997 gave a new twist to the Carrera 4 angle, it was 44mm wider at the rear than the two-wheel-drive version, thus allowing wider 295/35ZR18 tyres to be fitted, and giving the car a more aggressive appearance.

The Carrera 4 offers an even more complete package then the standard version and, with the wider rear arches, looks even better, too.