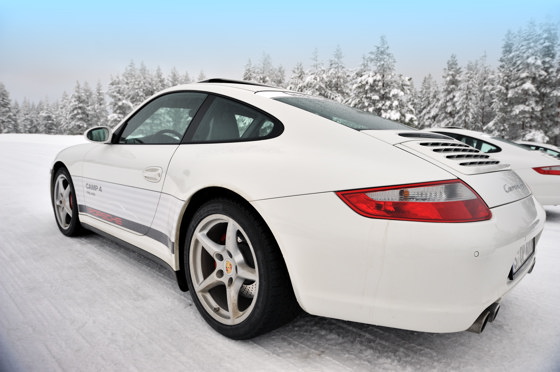 The 996-model 911 Carrera 4S was widely considered by many to be the best-looking of its generation, with its wide rear wings and full-length rear reflector. Despite having Turbo brakes and suspension, though, it was no faster than the standard Carrera 4.

However, when Porsche launched the 997 version of the Carrera 4S it had the larger 3.8-litre engine of the rear-wheel-drive Carrera S, which immediately gave it an advantage over its predecessor. And that power went through all four wheels via a multi-disk viscous coupling. This transferred between five and 40 percent of the traction to the front wheels, thus giving balanced handling and improved traction on slippery surfaces.

Like the 996 version, this Carrera 4S had wider rear arches, the car was 44mm wider than the standard version. Under those arches were 19-inch wheels with larger 305/30ZR19 tyres. What it didn’t have, though, was the trademark full-width rear reflector of the previous car.

In other respects the Carrera 4S was the same as the two-wheel-drive variant, with standard-fit Porsche Active Suspension Management (PASM) that gives a sporty but comfortable basic damper setting, but operation of the Sport button activates a noticeably firmer setting for spirited driving. This was the most technologically advanced 911 to date.