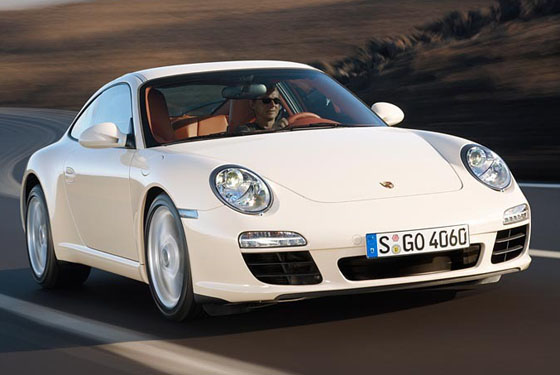 Four years after its first appearance, the 997-model 911 Carrera received a major overhaul. Not that there was anything wrong with the old car, but Porsche wanted to make it even better.

Visually, not much changed. The most obvious was the restyled LED rear lamps. Also at the back, the bumper was changed slightly, especially between the exhaust outlets. At the front were LED daylight driving lamps, while Bi-xenon headlamps became standard and borrowed the Cayenneâs dynamic bending system. Also at the front, the air intakes were restyled. Finally, the door mirrors became slightly larger, to meet upcoming EU regulations.

The stroke of the 3.6-litre engine increased, by 1.3mm, to 81.5mm, while the bore went up by 1mm to 97mm. This meant that the capacity increased by 18cc to 3614cc. The cylinder heads had a simpler construction, and were now one-piece with integrated camshaft bearings and guide liners for the hydraulic cup tappets. The lubrication system was optimised to improve efficiency. Finally, and most importantly, the engine now used Direct Fuel Injection, or DFI.

An new option was the PDK (Porsche-Doppelkupplung, or Porsche double clutch) transmission, which replaced the previous Tiptronic S. This seven-speed transmission gave a choice of automatic or manual changes and was faster and more efficient than Tiptronic.

Cabriolet The 997-model 911 was offered with a fully electric soft-top to give open-air motoring. The roof was revised from 2008 to reduce wear on the fabric surface during opening and closing.

Despite having more power, the revised 997 is actually more economical thanks to Direct Injection and the seven-speed PDK transmission.