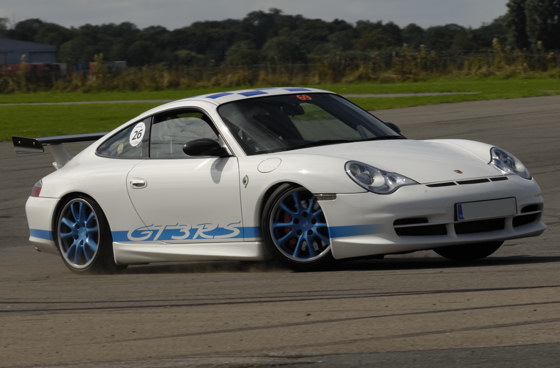 The first 996-model GT3 of 1999 was only ever planned as a limited production model, of which only 1890 were built. However, when Porsche reintroduced the GT3 name in 2003, it was as a full production model.

The basis of the new car was the updated 996 Carrera, with its new-style headlamps and improved interior. It was, however, enhanced with a more prominent front spoiler that curved around to blend with the front wings. The sides of the car were treated to curvaceous sill extensions, while out back was a large wing-spoiler atop a smaller ducktail item. Add the lowered suspension and lightweight 18-inch wheels into the equation and the GT3 had a meaningful and aggressive demeanour that left no doubt that this was a car that meant business.

Which, with a 3.6-litre engine developing 381bhp, the GT3 certainly did. As with the previous incarnation of the car, the engine was based on the bottom end of the GT1 powerplant, married to the 996’s multivalve and water-cooled heads with VarioCam technology that altered the cam timing to improve performance, economy and emissions. Lightened internals (including titanium connecting rods), reprogrammed engine management system and E-gas electronic throttle control made the new GT3’s engine smoother (especially at idle) and more responsive than its predecessor.

As before, the power was transmitted to the rear wheels only via a six-speed manual transmission derived from that in the GT2. Suspension, too, was similar to that of the previous GT3, with uprated springs and dampers, and harder bushes. The only driver aid was ABS for the brakes.

Brakes consisted of massive ventilated discs (350mm at the front, 330mm at the rear) pushed by huge six-piston, red-finished calipers. And as incredible as these were, buyers could opt to upgrade to Porsche’s ceramic discs with their trademark yellow calipers.

The interior of the GT3 was less extreme than in previous 911 lightweights, but was nonetheless functional and businesslike. There was no sunroof and no rear seats, while the front seats were supportive sports items. But you did get four airbags, electric windows and central locking. Climate control and a stereo system were no-cost options. A ClubSport version, which really was stripped down, included a full rollcage and fire extinguisher.

This new GT3 was, unlike the first, sold in the USA. It was undoubtedly a better car on paper, but many enthusiasts prefer the rawness of the original, which had the added attraction of being relatively rare and sought after.

GT3RS The legendary RS name returned in 2004 on the GT3RS. Essentially the same as the standard GT3, but with revised suspension, carbonfibre mirrors and rear spoiler, and less weight at just 1360kg. The RS was offered in white with blue or red decals and wheel centres.