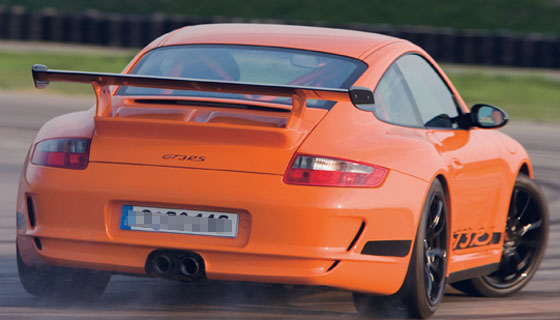 The 996 GT3 RS was a harsh, unforgiving vehicle that was only really at home on smooth racetracks, not bumpy public roads. However, Porsche surprised everyone by making the 997 GT3 RS a more useable and refined machine, without compromising its sporting credentials.

The drivetrain was as per GT3 but instead of a heavy dual-mass flywheel, there was a lightweight single-mass item that saved 8kg in weight and also improved throttle response.

Springs and dampers were uprated compared to those of the standard GT3, but the RS still offered a better ride than its predecessor, thanks in part to the inclusion of PASM which gave a choice of Normal and Sports damper settings.

Inside, the RS was very like the standard GT3 with the Clubsport package. There was a rear rollcage, carbonfibre bucket seats (weighing just 10kg each), black Alcantara trim and simple door panels. The steering wheel had a racy yellow stripe to mark the straight ahead position.

The RS was available in a limited range of colours; Arctic Silver Metallic and Black were standard, while Orange or Green (yes, they were called simply that) were special colours. Depending on which shade you chose, there was a contrasting colour of black or orange for the wheels, side-stripes and mirror housings. It was not a car for shy and retiring types! 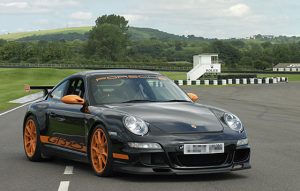 The RS badge has long been revered on sporting 911s, the most famous perhaps being the Carrera 2.7RS of 1973. RS stands for Rennsport which is German for motorsport.