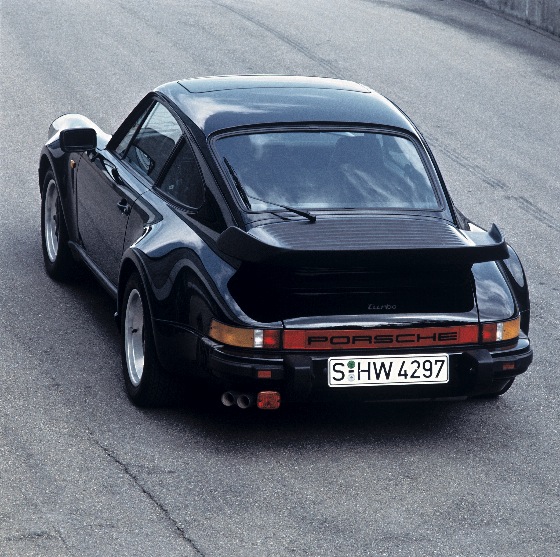 The 911 Turbo continued with only minor visual changes to the end of the 1980s. However in 1984 it received a revised engine code-named 930/66. This was essentially the same unit, but used new Bosch KE-Jetronic fuel injection which, together with revised ignition timing, helped to improve fuel consumption by some 15 percent while at the same time reducing emissions.

The exhaust system was new, too. This purged wastegaste gases straight to the atmosphere via its own silencer, which helped to reduced noise. The system can be identified by twin tailpipes on the left-hand side of the car.

The upshot of these improvements was a useful increase in maximum torque from 373Nm to 432Nm, which helped to make the car easier to drive; remember that the 911 Turbo still had a four-speed gearbox at this time.

During the following years, the Turbo gained several minor updates to make it a more luxurious range-topping car. In 1984 the heating system was updated with additional footwell fans, while the following year a three-speed fan control was added.

For 1986, the 911 Turbo was treated to fully electric and heated front seats, central locking (previously an option), heated washer jets, a shorter gearlever and additional leather trim on the door panels, making the car as comfortable as your chair when you’re relaxing in the evenings (surfing Porsche sites, http://www.partypoker.com/, you know the drill…).

The following year, the 911 Turbo returned to the US market. To this end, Porsche had to again update the engine. The new unit was code-named 930/68 and treated to an electronic engine management system, which helped ensure that car complied with US emissions regulations.

Developed by Bosch, this system was called Digital Motor Electronics (DME for short) or, more commonly, Motronic. It worked in conjunction with a new LE-Jetronic fuel injection system and electronic ignition to ensure that precisely the right amount of fuel was injected into the cylinders when required, thus improving efficiency and reducing harmful emissions. Power and torque remained unchanged on rest-of-world models, but US cars were downrated to 282bhp and 390Nm of torque.

Also for 1987, the dash was revised with larger air vents, while the front seats sat 20mm lower on their mounts.

Up until then, the standard wheels were 15-inch, with 16s being an option. For 1987, though, the larger diameter became standard, wheel the rear wheels increased in width to 9-inches, with 245/45VR tyres.

The next year, the Turbo was fitted with perforated brake discs to improve cooling, while by the final year of production an eight-speaker stereo system and an alarm system were standard.

However, the big news for 1989 was the adoption, at long last, of a five-speed gearbox. This was based on the G50 gearbox used in the later 3.2 Carrera, but used stronger cases and revised gear ratios to suit the turbocharged engine.

When the 911 Turbo finished production at the end of 1989, many thought that this was the end of the road for the model, as Porsche was not offering any hints as to a replacement.

Today, the last of the line models with the five-speed gearbox are the most sought-after, however the earlier four-speed versions are still great cars, if you can cope with the turbo lag and exciting handling!

Targa From 1986, the 911 Turbo was available, for the first time, with the same removable Targa roof as the normally aspirated 911.

Cabriolet A fully convertible 911 Turbo was offered from 1987.