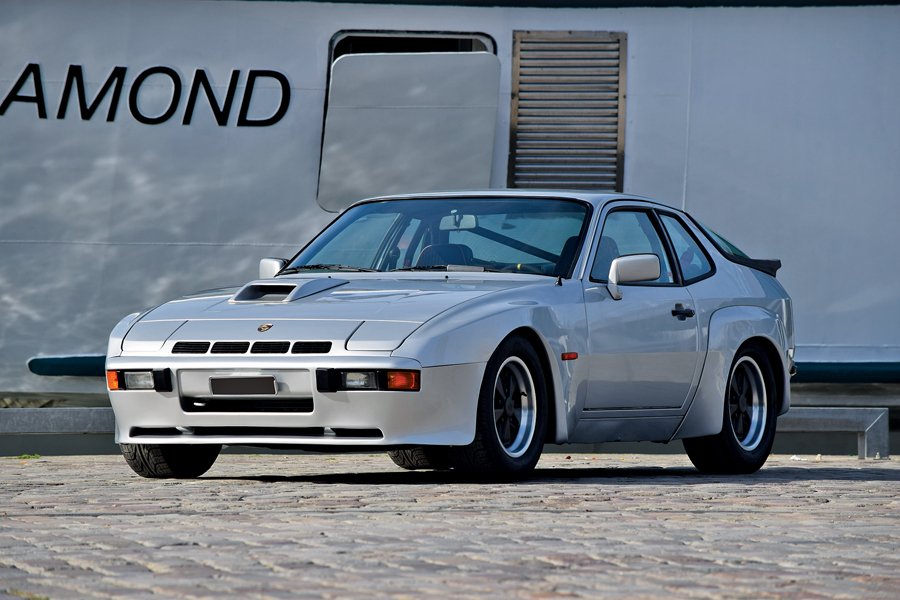 The rare 924 Carrera GT was based on the 924 Turbo and developed as a homologation special. Just 406 examples were built, including 75 right-hand-drive examples for the UK market. 200 were sold in Germany.

The 2.0-litre M31/50 engine was a modified version of the 924 Turbo unit, with lighter forged pistons, larger turbocharger and an inter cooler atop the engine. The result was a maximum output of 210bhp.

The power was fed through a 911 clutch pressure plate and a Porsche/Getrage G31/03 five-speed gearbox. The suspension was suitably updated, too.

The most exciting part of the 924 Carrera GT, however, was its appearance. Penned by Porsche’s styling head, Tony Lapine, the car featured distinctive flared wheel arches front and rear. These were made from flexible polyurethane and clearly inspired the lines of the later 944. The Carrera GT also had a massive air intake on the bonnet which fed the inter cooler.