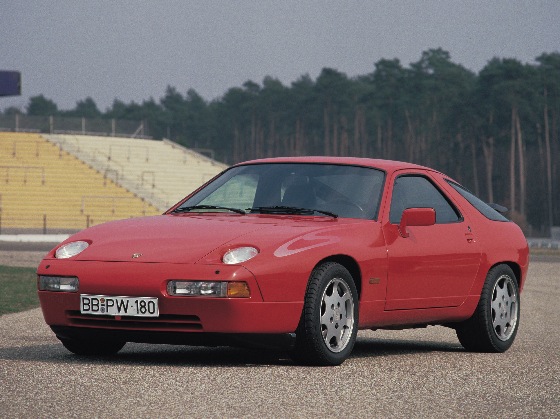 The Clubsport was a lightened version of the 928 S4 designed for road and track use, and was available in continental Europe and the USA.

Porsche had been experimenting with such a car as far back as 1983 and had built prototypes, but it wasn’t until 1988 that the Clubsport went on sale.

The weight was reduced from 1640kg to 1450kg by way of removing much of the sound-deadening material, fitting a simpler wiring loom, and removing much of the electrical equipment, such as electric seat adjustment (although the power windows remained). In short, the car was stripped of much of its luxuries.

The suspension was updated with 10 percent stiffer front springs and all-round Boge sports dampers. The wheels were forged alloys; 8-inches wide at the front, and 9-inches out back.

The engine was essentially the same 5.0-litre S4 unit, but with 1mm higher lift camshafts and a revised ECU. The idle speed was raised to 775rpm and the rev limiter to 6775rpm. Power rose by 10bhp to 330bhp at 6200rpm, while torque remained unchanged but peaked at a higher 4100rpm. A sports exhaust system with twin tailpipes was fitted.

The power was fed through a five-speed manual gearbox with a shorter gear lever, though to a limited-slip differential with a 2.73:1 final drive.