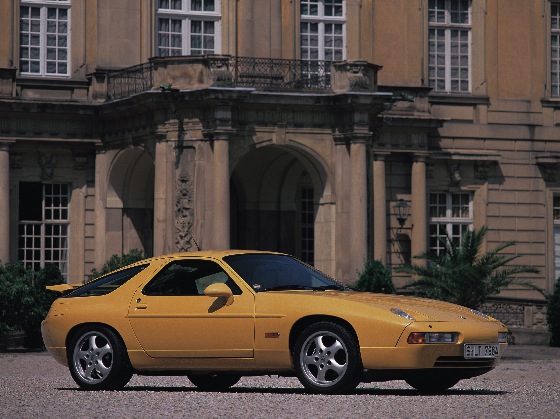 The ultimate 928 was the GTS. This boasted a revised bodyshell with wider rear wheel arches to give a much muscular appearance. At the back was a full-width reflector between the lights, with the word Porsche across it

Under those haunches were new Cup Design wheels, which were now 17-inches in diameter and gave the 928 a more modern appearance, as did the new teardrop door mirrors.

However, the big news was the fact that the V8 engine had been increased in capacity to 5.4-litres, thanks to a longer stroke crankshaft, and powered was upped to 350bhp, and torque to 490Nm.

The power was fed through either an automatic or a manual gearbox, as before.

Over its production life, 2876 examples of the 928 GTS were produced. The very last 928 was an automatic GTS, finished in Lime Green Metallic with a purple leather interior. 0-62mph:5.7sec Top speed:171mph