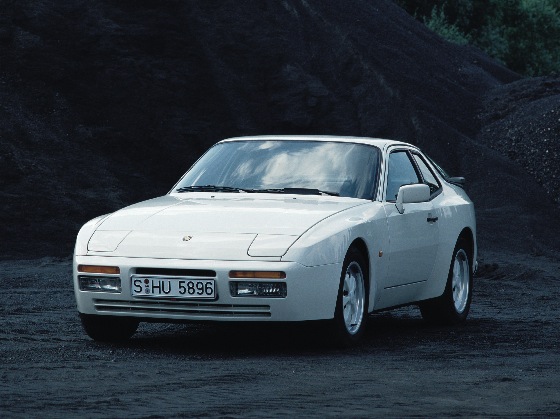 The 944 entered near-Overview territory with the Turbo variant, launched in 1985. With an initial output of 220bhp, this was a car that gave its sister 911 model a run for its money in more ways than one, because the 944 Turbo cost about the same as a 911 Carrera 3.2. At the heart of the 944 Turbo (internal model number 951 or 952 for right-hand-drive cars) was a modified version of the 2.5-litre four-cylinder engine. The compression ratio was dropped to 8.0:1 and a water-cooled KKK turbocharger was fitted, along with a revised Bosch Motronic engine management system. The maximum power was 220bhp at 5800rpm, while torque reached 330Nm at 3500rpm. To cope with the power a strengthened clutch and gearbox were fitted, while the brakes were updated with four-piston calipers, and the suspension with thicker antiroll bars. Visually, the 944 Turbo could be distinguished by all-new polyurethane front and rear bumpers, a lower rear skirt, and a revised rear spoiler. Inside, the Turbo had an all-new so-called oval dashboard, with a turbo boost gauge incorporated into the tachometer.