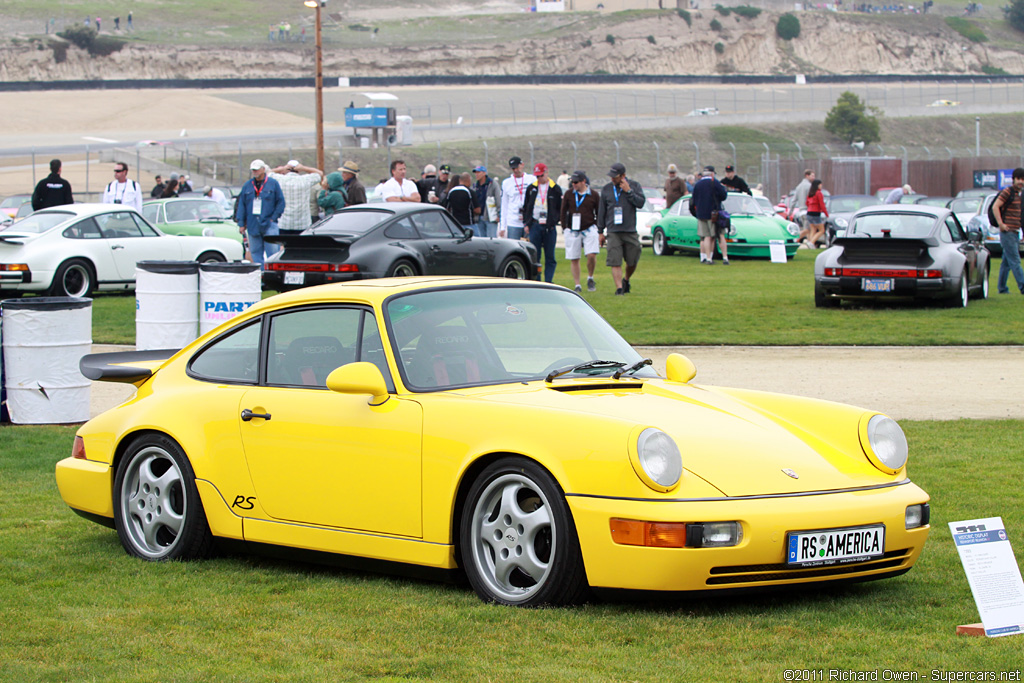 The 964 Carrera RS was not sold in the USA because of the cost of homologation. Instead, that country was given its own unique model, the RS America.

This was based on a standard 964 Carrera 2 and used the standard bodyshell and glazing, as well as the standard engine, transmission (manual only) brakes and even twin airbags.

Where it differed, was in terms of specification. The RS America retained the standard front seats but these were trimmed in corduroy instead of leather. In RS style, there were no rear seats (although some of the very last cars were so equipped); instead Porsche had to fin twin storage bins other, said the US Department of Transport, someone could conceivably sit in there.

Electric windows remained but the door panels were simple RS-style ones. Mirrors were manually operated and there was the facility for an optional two-speaker cassette-radio.

Ride height remained unchanged for legal reasons, but suspension came from the 964 Turbo, while wheels were 17-inch Cup items.

The RS America came in three colours; Guards Red, Black and Grand Prix White. Two metallics, Polar Silver and Midnight Blue, were $1030 extra. At the back of the car was a fixed whaletail spoiler.

Unlike the European RS, the America was some $10,000 less expensive than the standard Carrera 2.

The 964 Carrera RS was not sold in the USA because of the cost of homologation. Instead, that country was given its own unique model: the RS America.