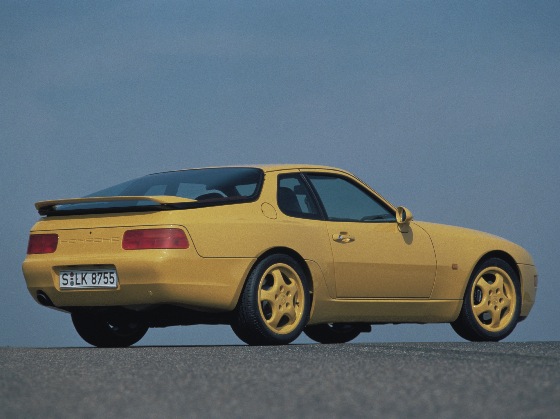 When Porsche launched the 968 in 1991, the words was in the grip of a recession and the model sold poorly, especially in Europe where it was considered expensive compared to other sports cars. In an attempt to boast sales Porsche introduced the 968 Club Sport. This was not only 17 percent cheaper than the standard car, it was also more fun to drive. The reason for both these advantages was that the Club Sport was stripped of luxuries, thus saving money and making it lighter. There were no rear seats, while the fronts were lightweight Recaros. Out went the electric mirrors, electric windows, electric boot release, the alarm, airbag steering wheel and some of the sound-proofing. Under the bonnet, much of the engine’s plastic mouldings were deleted. This led to a weight saving of at least 50kg. The engine and transmission remained unchanged, but the suspension was lowered by 20mm and updated to give a firmer ride. The Club Sport was offered in just five solid colours Black, Maritime Blue, Guards Red, Grand Prix White and Speed Yellow. The wheels could be colour-coded to match, while striking Club Sport side decals were standard unless the customer chose to have them omitted.