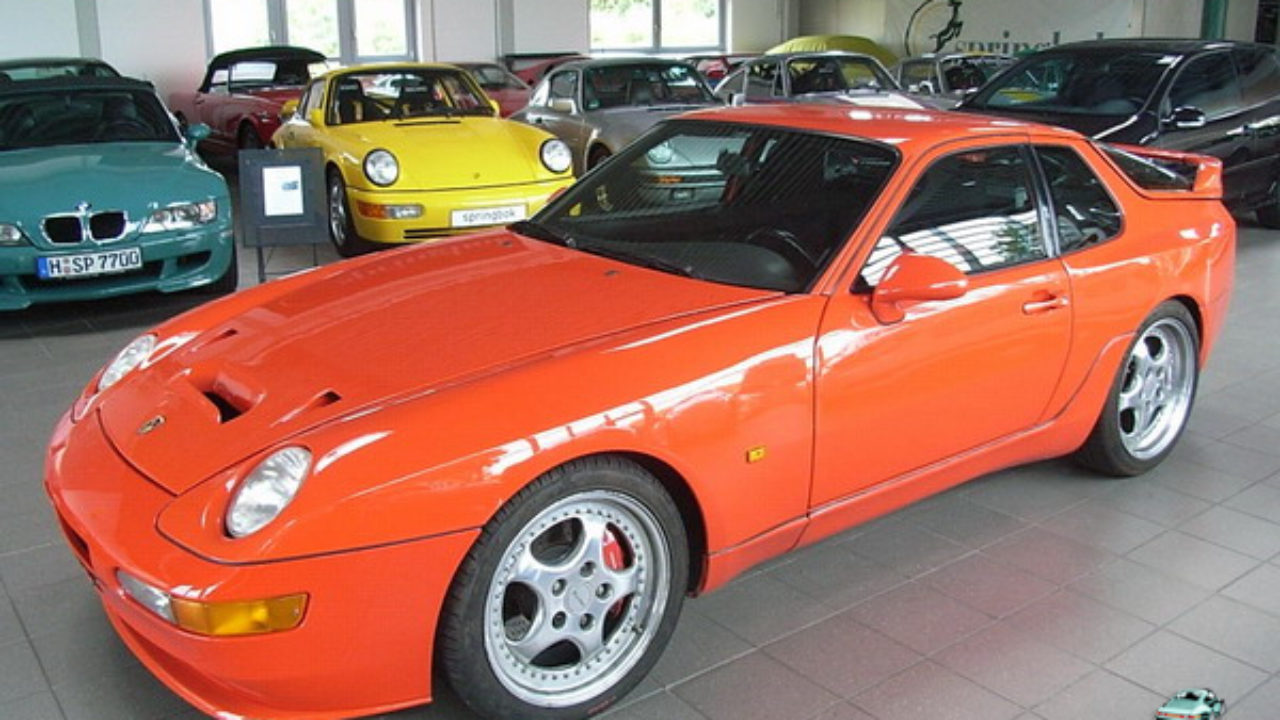 The rare 968 Turbo S was available only from Porsche’s Customer Sport Department and was essentially a road-going version of the Turbo RS racecar. Based on the Club Sport with its stripped-out specification, the Turbo S bodyshell was treated to a front splitter, a larger front air intake, two small NACA slots in the bonnet, and an adjustable rear spoiler. The chassis was lowered by 20mm and fitted with firmer springs and dampers, while the brakes came from the 911 Turbo. However, the main difference lay under the bonnet. The engine was based on that of the 944 Turbo with its eight-valve cylinder head, and fitted with a watercooled KKK turbocharger set to give 1.0 bar boost. The maximum power output was a useful 305bhp and there was a massive torque figure of 500Nm. The power went through a 968 six-speed transmission with a longer fourth and fifth gear. A limited slip differential was standard.