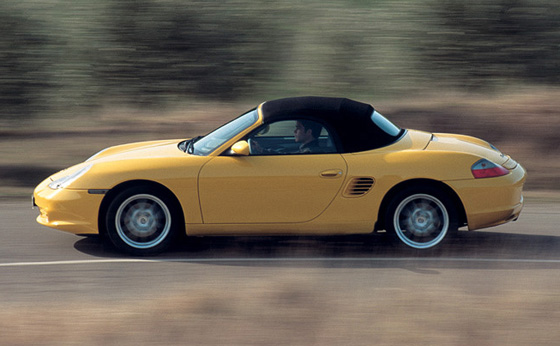 After the original 2.5-litre Boxster was criticised for being under-powered, Porsche responded by increasing the capacity to 2.7-litre, at the same time as launching the new S model in 1999.  The increase in engine capacity was achieved by increasing the stroke from 72mm to 78mm, while the bore remained unchanged at 85.5mm.

New to this engine was the use of Porsche’s E-gas drive by wire system that used an electronic link between accelerator pedal and throttle valve, instead of the traditional cable. This gave a more reliable and responsive system.

To suit the extra power, the five-speed gearbox had revised ratios, as did the optional Tiptronic transmission.

The 2.7-litre engine gave the entry-level Boxster more sparkling performance and made it a more fun car. However, there remained enough difference in power to differentiate it from the more expensive Boxster S.