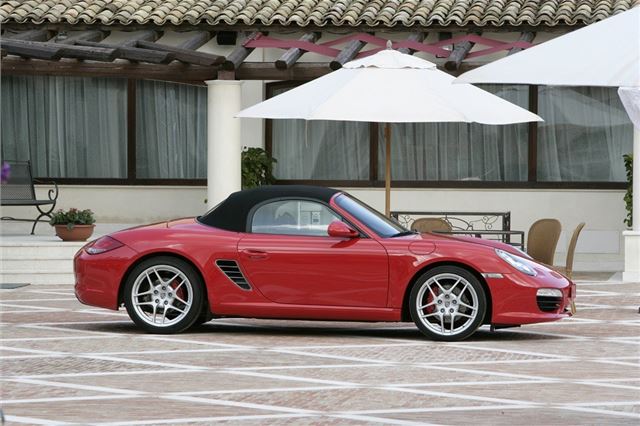 Like the entry-level car, the Boxster S was treated to a major revamp. The front featured new headlights to distinguish it further from the 911, plus a new nose with large intakes. At the back the wings became more shapely and there were new light clusters.

The interior was all-new, with a neater instrument binnacle, round air vents, and an angular centre console that was similar to that in the 997-model 911. The three-spoke steering wheel was also not unlike the 911 item.

The engine remained essentially the same 3.2-litre unit from the previous Boxster S, but power increased by 20bhp to 280bhp.

PASM (Porsche Active Suspension Management) became an option, allowing the choice of two grades of damper firmness. Another new option was the Porsche Chrono Package, which gave a modified engine map and a sophisticated stopwatch system.