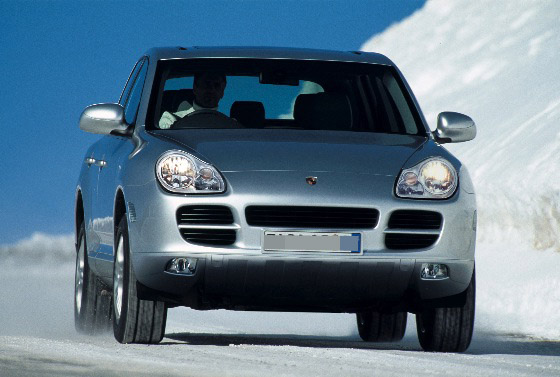 The Cayenne marked a radical departure for Porsche in that it was the first time the company had built anything other than a sports car. However, Porsche’s engineers used its expertise to ensure that the big four-by-four handling better than the opposition, both on and off road.

The entry-level Cayenne was fitted with an all-new front-mounted V6 engine that produced 250bhp, enough to propel the heavy SUV to 62mph in 9.1 seconds and on to a top speed of 133mph.

Power went through either a six-speed manual gearbox which had Porsche Drive Off Assistant, which made it easier to start on a hill by automatically controlling the brakes. An six-speed Tiptronic S automatic transmission was optional.

The four-wheel-drive system was highly sophisticated, with Porsche Traction Management which controlled how much power went to the front or rear. Under normal conditions the ratio was 63 percent rear and 38 percent front, but this could change to as much as 100 percent front or rear if required.