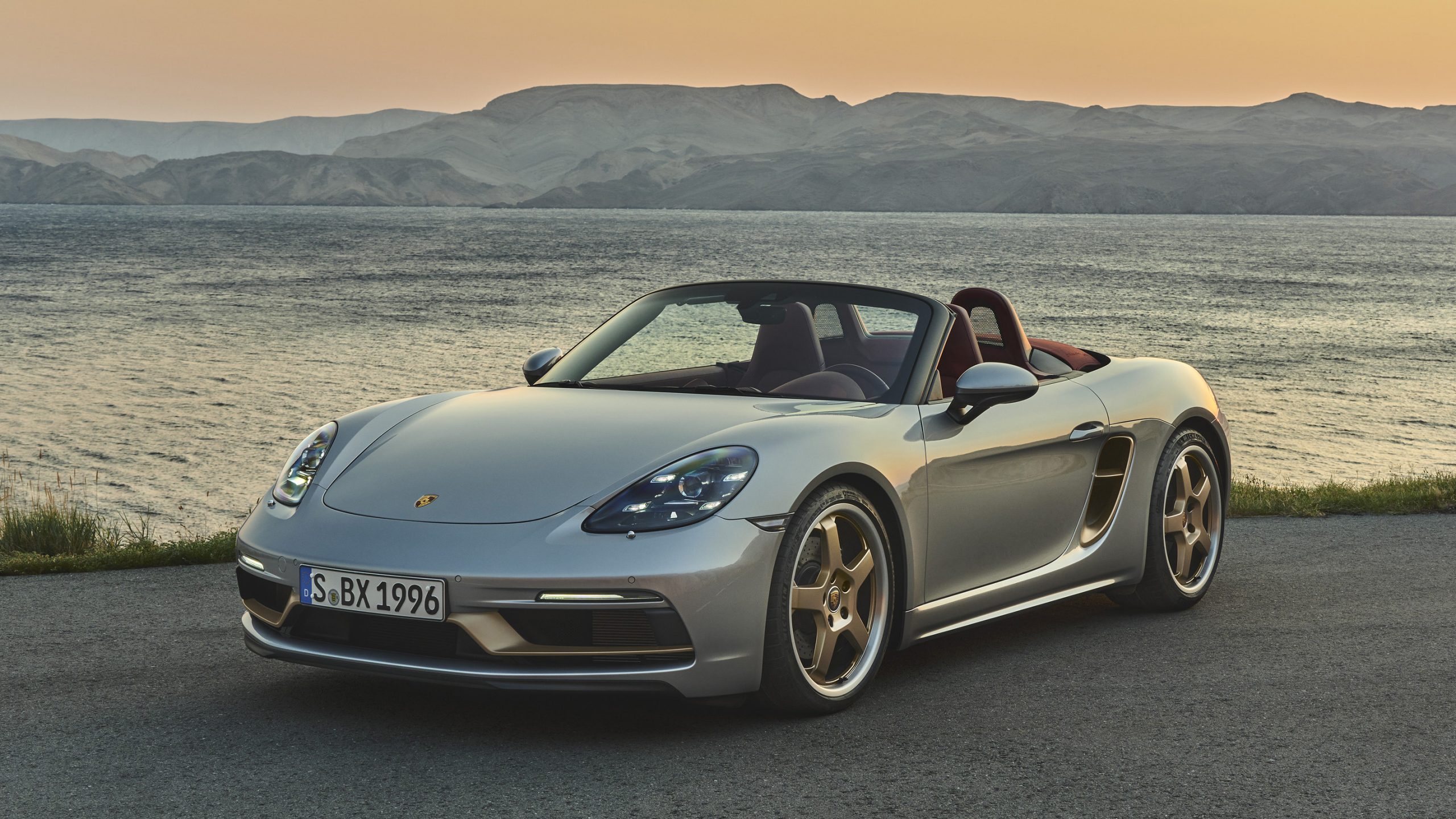 The fourth generation of Boxster has been remarketed to be named “Porsche 718”, which is a nod to their racing heritage, with the 718 that won the Targa Florio in 1960. As with all model year changes, there comes a number of differences. The modern-overhaul has brought a big engine change, rather than the naturally aspirated flat-six, the Boxster is now a turbocharged flat-four. The design has been sharpened, it looks more refined and looks like it’s own sports car, rather than being associated with taking parts from the 911. In Porsche’s own words, it is “low, wide and sleek”, which is a very suitable description.

The standard 718 produces 300hp and 380Nm torque, allowing it to fly from 0-62mph in just 5.1 seconds in the manual and 4.9 second for the PDK. This is a huge speed enhancement from the previous gen, considering that this is the entry level engine. To go a little further, if fitted with the optional Sports Chrono Pack, it will achieve 0-62mph in 4.7 seconds. To give some comparison, the most powerful previous gen Boxster was the Spyder, which achieved 0-62mph in 4.5 seconds.

The 1960 Porsche 718, won the Targa Florio despite having the smallest engine. Perhaps this is why they named the new Boxster this after changing to the turbocharged flat-four…