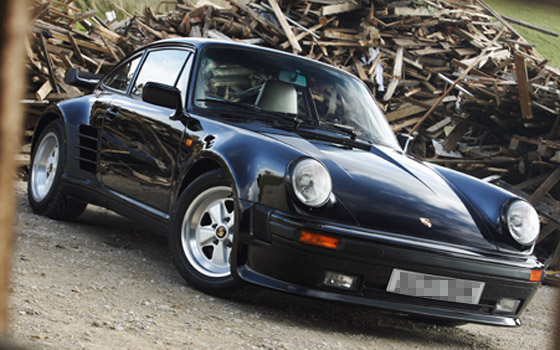 If the Slant-Nose front of the 911 Turbo SE was not to your taste, but you wanted the extra 30bhp that this wild car offered, then Porsche had the answer for a short period in 1989, with a special car produced to commemorate the end of 911 Turbo production in its present form.The rare 911 Turbo LE (short for Limited Edition), gave you everything the SE did apart from the Slant-Nose. Crucially, it had the same 330bhp engine, with its larger turbocharger, higher-lift camshafts, higher boost pressure, larger inter-cooler and four-outlet exhaust system.

It also featured the same rear wheel arches with their distinctive streaked air intakes, which fed cooling air to the back brakes. But what it didn’t have was the SEs sill extensions or those planed-off wings. Instead, the LE had the standard Turbo front wings to give a less extreme appearance. It did, though, utilise the SEs deeper front spoiler with its driving lights and additional oil-cooler.

Inside, the LE is fully specified with a three-spoke steering wheel, full leather, uprated sound system and gold Porsche crests on the steering wheel and gearknob. In front of the gearknob, on the centre console was a in front is a commemorative plaque with the words 911 Turbo 1975-1989 Limited Edition Model which no doubt went a long way to fuel the rumours that the 911 Turbo would never return.

The 911 Turbo LE is a rare beast but an attractive proposition. It gives you the power and spec of the SE combined with (slightly) more subtle looks. It’s also the last of the classic 930-based cars.

It is believed that production of the LE was limited to 50 worldwide, and that just 15 had right-hand-drive.