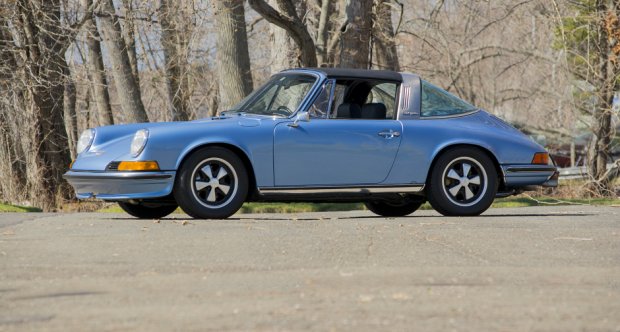 For the F series incarnation, the 911S followed the same upgrades as the 911E; the most significant being the deletion of the short-lived external oil-filler flap in the right-hand rear wing. This was primarily to avoid people inadvertently pumping petrol into the oil tank.

The S also adopted the fashionable black trim around the front and rear light, and black front quarter grilles. In fact, because the rest of the range now sported a front spoiler, it was not as simple to differentiate the 911S from the other variants.

However, the 190bhp engine (which was unchanged from that in the E series version) certainly made the 911S stand out. Today, these last of the 2.4-litre cars are sought after for their power, light weight and purity. And also because they are contemporaries of the coveted 2.7RS.

Targa: The open Targa body-style continued as before for the 911S.